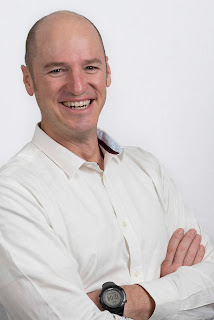 Strong December retail trade was recorded by the Flanagan & Gerard Property Development & Investment portfolio of shopping centres, with its top performing mall growing turnover by 18%. Flanagan & Gerard’s data signals that Black Friday has brought the start of the festive season earlier, spreading shopping across November and December. Electronics and appliances were favourite buys with Black Friday shoppers in November and, as a result, sales in these categories underperformed in December. Over the two monthsfinal months of 2018, total turnover in the Flanagan & Gerard portfolio of shopping centres was five 5% higher like-for-like than in 2017. It reports that retail categories that outperformed in December include groceries, liquor sales and children’s wear. With South Africans seeking to relax and socialise over the holiday, restaurants fared well. Entertainment, being movies and games, however, showed less growth than expected. Paul Gerard, Managing Director of Flanagan & Gerard, reveals, “Throughout the festive season it was clear that consumers were discerning in their purchases. Even so, our shopping centre portfolio delivered positive performance, which indicates some confidence for2019.” The company only develops and invests in dominant regional shopping centres that retain dominance within their trade areas, as well as high-end niche community centres. Flanagan & Gerard developed and co-owns Ballito Junction Regional Mall in KwaZulu-Natal as well as Morningside Shopping Centre, Springs Mall and Vaal Mall in Gauteng, together with Highveld Mall and Middelburg Mall in Mpumalanga, Thavhani Mall and Mall of the North in Limpopo. Its respected track record includes an even higher number of retail properties developed for other leading investors. This December, three of its malls attracted more than 1.1-million shoppers, being Ballito Junction, Thavhani Mall and Mall of the North. Leading retailer Game also reported that two of its top-three performing stores on Black Friday 2018 were in Flanagan & Gerard malls, Ballito Junction and Mall of the North. Game is set to extend its relationship with the group, opening at Springs Mall on 24 April 2019 with its new look and layout in a 3,600sqm store paired with a 120sqm Game Liquor. This year, itFlanagan & Gerard is developing and leasing Maluti Crescent Shopping Centre in Phuthaditjhaba, Free State, forJSE-listed retail REIT Vukile Property Fund.Transforming Maluti Crescent from a strip mall to a state-of-the-art modern, enclosed shopping centre, it is being expanded by 12,357sqm of gross lettable area to over 34,000sqm. Maluti Crescentis already99% let and will launch on 21 March 2019 to become the largest shopping centre in town and fundamentally changing the retail experience for locals. Flanagan & Gerard is also rolling out the developmentof Thavhani City, the mixed-use urban precinct around its top-performing Thavhani Mall in Thohoyandou. Thavhani City, owned and developed by Thavhani Property Investments comprising local Thohoyandou companyZevodox and Flanagan & Gerard, is designed to be the future economic hub of North Eastern Limpopo. A new custom-built 3,200sqm first-phase Builders Express opened in the precinct last year. Next for Thavhani City is value retail, major brand motor dealerships and a flagship NHCprivate medical day care clinic. It will also ultimately include new transport terminals, offices, hotels, community soccer fields and an outdoor gym. /ends