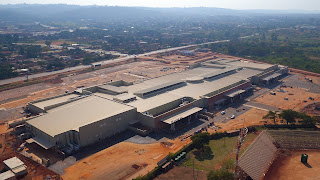 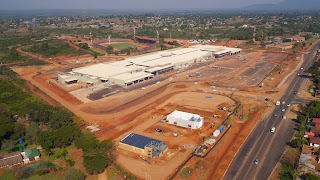 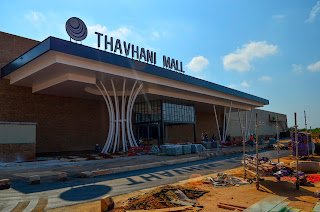 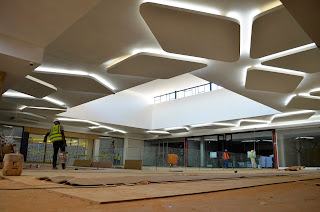 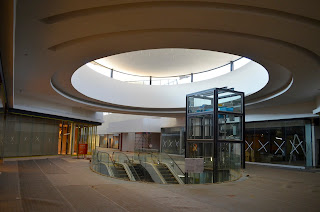 Thavhani Mall in Thohoyandou will officially celebrate its grand opening on Thursday, 24 August 2017, Thavhani Property Investments has confirmed. The 50,000m2 regional shopping centre will be the largest in the thriving town of Thohoyandou, Limpopo as well as the greater Thulamela Municipality with the introduction of a wide variety of exciting retail to the region, boasting over 134 shops, restaurants and service outlets. Shoppers can look forward to anchor tenants Woolworths, Edgars, Pick n Pay and SuperSpar as well as an impressive line-up of leading national retailers such as Foschini, Truworths and Mr Price. Thavhani Mall is poised to offer new and unique world-class retail in the area as a clutch of top brands entering the region for the first time including: Woolworths Food, McDonald's, Mr Price Sport, Hi-Fi Corp, Incredible Connection, Cape Union Mart, Old Khaki, Tread + Miller, Keedo, American Swiss Jewellers, House & Home, The Hub, Rochester, Torga Optical, Spur, News Café, Cross Trainer, Queenspark, Donna Claire, Mr Price Home, Bogart Man, Green Cross, Sneakers, Relay and Arthur Ford Perfume. The vision for a regional mall in Thohoyandou began with local businessman Khosi Ramovha of Thavhani Property Investments seven years ago. Ramovha then partnered with seasoned South African shopping centre developers and investors, Flanagan & Gerard Property Development and Investment to drive the vision forward. In addition, JSE-listed REIT Vukile Property Fund has also committed to the partnership with a one-third stake in Thavhani Mall that will transfer when the mall is complete. This new world of exceptional retail will be set across two fully air-conditioned levels to be the focal point of the large mixed-use urban precinct mega development, Thavhani City, which is being developed on a 27ha site in Thohoyandou. As a shared vision between Thavhani Property Investments and the Thulamela Local Municipality it will add the Thavhani Office Park, a motor-city and private healthcare facilities to the existing facilities which include a library, community centre, information centre, and the 40,000-capacity Thohoyandou Stadium. Paul Gerard from Flanagan & Gerard Property Development and Investment says Thavhani Mall is already an asset to its community through the creation of jobs throughout the construction process and will introduce hundreds of new full-time jobs when the centre opens on 24 August. “In addition to offering the community the biggest and best selection of shopping and leisure options, Thavhani Mall will serve as a significant boost to the Thohoyandou local economy,” he adds. Getting to Thavhani Mall will be a breeze as the mall enjoys easy access from the CBD and major regional roads. The mall is well-located located along the R524, which links Louis Trichardt to Punda Maria and with major north-south links to Sibasa and Giyani.