A year of highlights for Sandton Central in 2018 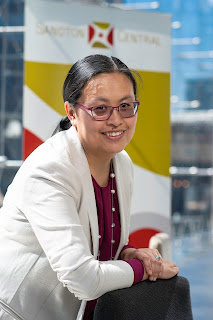 As 2018 draws to a close, Sandton Central can look back on a remarkable year of highlights. “2018 was a time of growth, improvement and celebration for Sandton Central and those who live, work, invest, shop, stay and play in South Africa’s cosmopolitan centre of commerce and culture. The year wasn’t without its challenges, but it also held many high notes,” says Sandton Central Management District (SCMD) City Improvement Management Elaine Jack. With 2018 marking Madiba’s centenary, several iconic celebrations and events were held in his name in Sandton Central. One that leaves a lasting legacy in the community is the global art-for-change initiative, iMadiba Project, which will expand Sandton Central’s public art urban furniture programme. It will add two new functional art benches to the district, one at Nelson Mandela Square and the other at the JSE. On the business front, a total of 132,400sqm of new office space was constructed in Sandton Central. Among the most significant developments completed were The Marc mixed-use development, comprising 67,000sqm of offices and retail 19,400sqm, as well as 92 Rivonia Road, which introduced a further 46,000sqm of mixed-use space to the node. Improvements to the roads in Sandton Central in 2018 made it easier to get around. What’s more, roadworks for the first of two Rea Vaya stations in Sandton Central, along Katherine Street outside Atholl Square, will be completed in 2019, adding to the area’s already significant public transport. The introduction of audible push buttons at various traffic light intersections made them safer for pedestrians who are visually impaired. Also making the streets of Sandton Central safer, Vumacam announced it would be rolling out surveillance cameras in the district to support community safety. Capturing life in the city, this year Sandton Central launched the #ILoveSandton photo competition and awarded two great aspiring photographers for their captivating images of the district. Introducing yet another focal point, the newly renovated The Bull Run restaurant at the Balalaika Hotel reopened with a great new piece of public art; a colossal bronze sculpture of a bull. Located across the street from the JSE, the statue is an epic and fitting image for the city’s financial district. Strengthening its ties with visitors, both local and international, the new Sandton Central Joburg Tourism Visitors Info Centre opened at Nelson Mandela Square. The heads of state from the world’s emerging markets converged in South Africa at BRICS 2018, held at the Sandton Convention Centre. And, connecting with our neighbours on the continent, Jack attended the Africa Innovation Summit (AIS) held in Kigali, Rwanda to represent share her unique insights on effective urban management. As always, Sandton Central was alive with entertainment, sporting, social and community events throughout the year. The Red Bull Box Cart race was held here for the first time and attracted 22,000 people who watched the action as the carts plummeted down Sandton Drive. A recent highlight was the Women for Change run held in support of 16 days of Activism on 1 December. December is another busy month in Sandton Central too as thousands of people visit from near and far come to enjoy its legendary selection of holiday events, entertainment, shopping and socialising. “Sandton Central has enjoyed many high points in 2018. We hope 2019 will be an even better year for our district and our community and wish everyone the best for the year ahead,” says Jack.