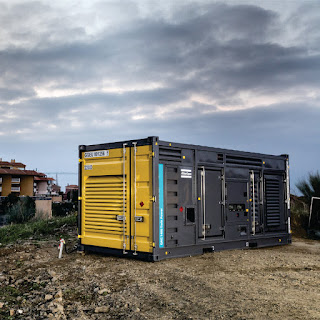 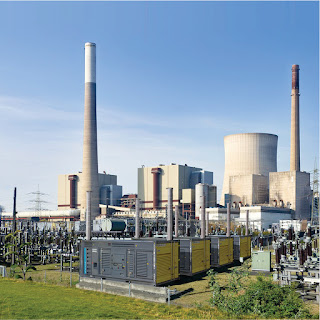 The innovative and smart design of the new QAC 1100 and QAC 1450 TwinPower™ containerised generators from Atlas Copco Power Technique present the ultimate power solution for applications that have variable power needs. “End-users receive twice the power and double the flexibility on a single compact platform, making the economic viability of the QAC 1100 and QAC 1450 second-to-none,” says David Stanford, Atlas Copco Power Technique Business Line Manager - Portable Products. The advanced TwinPower concept offers two fully loaded generators housed in one 20-foot certified container. Stanford explains: “The positioning of the two generators, two 500kVAs (QAC 1100) and two 725kVAs (QAC 1450) on one platform provides the ultimate solution to customers and end-users that require changeable power and current usage options. In addition to solving variable load issues, this innovative arrangement also reduces fuel consumption with savings of to 10%.” A forerunner in flexibility, the QAC 1100 and QAC 1450’s controllers allow for operation variations such as single, in parallel with each other as well as in parallel with other generators. The QAC 1450 containerised generator owes its unrivalled load acceptance ability to the two engine/alternator performance which, in association with its respective advanced control systems, is able to accept a 100% load step with more than 70% load step acceptance within ISO8528-G3 class respectively. Stanford further notes that the performance of these generators is equal to or better than the conventional single engine generator running under normal load. End-users have the choice of island mode or Power Management System which can run in parallel with mains, peak shaving, mains power export/ import, fixed power and AMF (Automatic Mains Failure). The QAC 1450 includes a touch screen providing operators with easy functionality. Featuring a compact footprint, these containerised generators are geared for portability. Equipped with solid lifting eyes and forklift inlets, the container can be easily manoeuvered onto flat-bed trucks for safe transportation and positioning on the plant. “Atlas Copco generators are renowned for rugged reliability and efficiency over an extended life span and the EU compliant QAC 1100 and QAC 1450 units stay true to these high standards,” continues Stanford. “There is simply no compromise when it comes to superior quality components which are tested under strenuous conditions.” The robust TwinPower generators are ideal for use in extreme temperatures and at high altitudes with reduced risk of performance loss due to high temperatures. The QAC 1100 and QAC 1450’s advanced engine/alternator cooling guarantees maximum power with no de-rating up to 43°C and 50°C respectively at an altitude of 1000m. Requiring less than two hours of service after 500 hours of operation, the TwinPower generators contribute to increased uptime and subsequent elevated production levels. Placing hassle-free service at the forefront, large access doors and custom service tools allow for easy maintenance and prolonged uptime. The strategical positioning of the two generators’ engine and alternator on opposite sides of the platform allow for easy access to major components. “Moreover, one generator can run at 50% while the other is being serviced, offering end-users a built-in backup as standard for seamless 24/7 power supply,” adds Stanford. The smart design of the TwinPower generators also strictly adheres to global environmental standards. In addition to the machines’ reduced fuel consumption which minimises the use of the planet’s finite natural resources, a spillage-free frame can hold 110% of the machines’ fluid capacity.