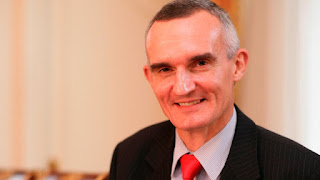 Paper and packaging producer Sappi will invest R2.7-billion in 2018 and 2019 on expanding the capacity of its Saiccor mill, in Umkomaas, south of Durban, to produce 890 000 t/y of dissolving wood pulp (DWP). The mill currently produces 780 000 t/y of DWP. Sappi will also invest a further R5-billion over five years in various continuous improvement initiatives at the mill. The investments are collectively called Project Vulindlela, and will include the installation of a new evaporator, recovery boiler and screening and washing plant, along with upgrades to the bleach plant and pulp machines, improved recovery circuits and additional magnesium digesters. Sappi CEO Steve Binnie on Monday said in a statement that Sappi has seen significant benefits in serving its global customers from its South African operations and has invested about R4.3-billion from 2012 to 2018 to increase its dissolving pulp capacity in South Africa. “This global market has shown such strong growth that Sappi will again increase capacity in South Africa by investing R2.7-billion at Saiccor during 2018 and 2019.” Sappi Southern Africa CEO Alex Thiel added that the additional R5-billion investment over five years will entail maintenance and upgrade projects to decrease production costs, introduce new technology, optimise processes and future-proof manufacturing systems at Saiccor. “These investments will secure the mill’s future by increasing its global cost competitiveness, while significantly reducing its environmental footprint.” Cost savings as a result of this investment will be at least R300-million a year, carbon dioxide emissions will be cut in half, waste to landfill will reduce by 48%, sulphur dioxide emissions will reduce by 35% and water use efficiency will increase by 17%. KwaZulu-Natal acting Premier Sihle Zikalala welcomed the planned investments as it is expected to positively impact on the province’s economy. “We will continue to sell our province as a destination for quality investments. Working with the central government, we will also continue to create an environment which is conducive for businesses to thrive.” Zikalala noted that provincial government will work swiftly with Sappi to seamlessly obtain the necessary authorisations to make the planned investment a reality.