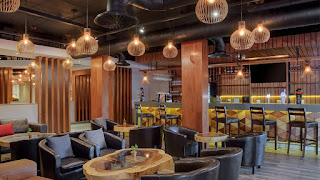 Protea Hotels by Marriott Pretoria Hatfield this week opened an additional wing with 86 rooms and enhanced facilities, following the completion of a major construction project that started in mid-2017. This is in line with Pretoria’s growth in demand for quality accommodation that Protea Hotels by Marriot parent company Marriott has seen, says Marriott International Middle East and Africa VP Volker Heiden. “This is particularly true for the suburb of Hatfield, which is a popular location for both business and residential. The suburb has attracted a lot of interest from travellers to the city, with it being near the University of Pretoria, the Loftus Versfeld Rugby Stadium, the city centre and many embassies,” said Heiden. The hotel now has 205 guest rooms, with other new features including the African Restaurant and Bar, additional meeting rooms and conference facilities, a gym and a games room. The additional conference facilities allow for the hotel to host up to 220 delegates, with six breakaway meeting rooms.