Cape Town's Freeway Foreshore Project might be back on again 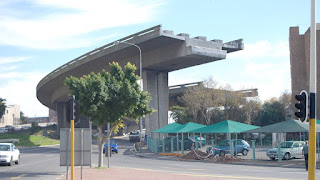 Cape Town's Foreshore Freeway Projects is not "dead and buried" and the City will go back to the drawing board to find another way of making the project work, Mayor Patricia De Lille said on Sunday. "It is disappointing that our first attempt did not work out," said De Lille in a statement. This was after the City Manager Lungelo Mbandazayo took a decision to call it off based on legal opinion, that after an appeal over the chosen qualified bidder during the Request for Proposals (RFP) meant, that the plans could not proceed. Last week's statement by the City also said economic circumstances had changed since the original plan to develop the area was formulated. The project has had threads of political controversy running through it, with allegations of impropriety levelled against the bid evaluation committee. The ambitious project would have set out to develop the remaining six hectares of land in the CBD near the harbour in a way that dealt with the unfinished highway, alleviated traffic congestion, and provided extra accommodation closer to the city. De Lille said that in spite of the cancellation of the RFPs, "the cancellation of the RFP does not mean that the project is cancelled". "The need to address the future of the unfinished freeways remains. So too does the need ensure access to affordable housing in our city centre." The Requests for Proposals were launched in July 2016 and in 2017 the City invited residents to go and look at an exhibition of some of the proposals and ideas of some of the bidders, which included a vast circular apartment complex, and vote for the one they liked the most. The land is owned by the City and De Lille said the RFP process revealed a "market appetite" to develop the land with six "compelling and innovative proposals". Bidders were notified in writing on July 13, that the project was off the table because the RFP lacked clarity because the RFP's evaluation criteria was vague. This prompted concern from business bodies such as the Cape Chamber of Commerce and Western Cape Property Development Forum who were upset that after all the work put into the proposals, the City appeared to have got its own legal requirements wrong. De Lille said that Mbandazayo has agreed that the RFP will be redrafted to address the concerns raised during appeals, and it will be reissued. A project team has already been assembled for this. Mitchell Du Plessis Projects, trading as Mitchell Du Plessis Associates (MDA), had originally been announced as the qualifying bidder for the development. De Lille thanked developers and said she had hoped they would understand the City had had no precedent to rely on.