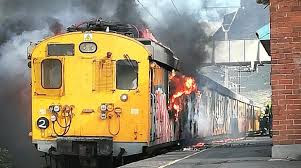 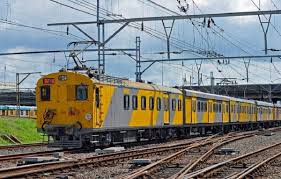 Repairs to the two platforms at Cape Town station damaged during a fire last week were completed on Tuesday. In a statement, Metrorail said Platforms 15 and 16 were back in business after repairs had been completed and structural engineers confirmed that the integrity of the overhead concrete structures had not been compromised and permanent way engineers declared the sleepers and tracks leading to the two platforms stable and fit for service. "We worked tirelessly to re-open for business as soon as possible but always with safety as priority," said Metrorail regional manager Richard Walker. "The two platforms were hives of activity as various teams worked side by side to replace and test to restore the platforms for use." Both were out of service after the two trains caught fire on Saturday in circumstances which are still under investigation by a special task team. In addition to the damaged platforms, seven rail coaches (two motor coaches and five passenger) coaches also suffered extensive fire damage. More than 160 m of overhead catenary wire was burnt as well, said Metrorail. They have no CCTV footage to draw from in the immediate vicinity. The cameras had already been destroyed before the incident and were about to be replaced. FIRE LOSSES Earlier on Tuesday, DA Member of the Provincial Legislature Nceba Hinana, visited the site in his capacity as a member of Western Cape Standing Committee on Transport. He said he felt the Passenger Rail Agency of South Africa (PRASA) was not taking the call for increased security for Metrorail's passengers and property seriously enough. "When I counted the amount of money estimated [due to] the damages, it's going [toward] R40-million, R49-million," said Hinana, totalling costs which include incidents in Steenberg, Retreat, Goodwood and other places along the rail route. Saturday's fire is estimated to have caused losses of around R30-million. "Prasa has to make sure that there is security. How many have died? How many people have been injured?" asked Hinana. He called for CCTV to be installed all along the city's rail network, including in Nyanga and Langa, where he said the trains he caught were so packed that security guards couldn't move and pickpocketing became easy. Walker, who was conducting a pre-work inspection of progress on the repairs at the time of Hinana's visit, said Saturday's incident was the fourth such incident this year. One person died and another was seriously injured in the train fire that occurred in Ottery on May 30. The fires compounded Metrorail's efforts to get the central line up again, after vandals and thieves systematically stole so much equipment that there was no signalling left and train drivers refused to work for a period. Work is under way to replace the central line's infrastructure with new fibre cables instead of the copper cables coveted by thieves who sell to scrap dealer "bucket shops". 'SOFT TARGET' Extra police and drones are also being used to track down those responsible for the cable theft, train fires and vandalism, but the criminals just change their area of operation. "We do work today, tomorrow that cable is gone without us even being able to repair or fix or make the system live," he said. "Crime has just escalated. And unfortunately, our Prasa property has become a soft target. He said 88 extra security guards had been hired by Metrorail and the police were trying to help, but they had other priorities. He hoped an ambitious 30-km-long concrete wall along the railway line, which is 2.4 m high and worth R70-million, would keep troublemakers off the tracks and away from the trains. Previous fences made of palisade and fortified wire were carried off by thieves, section by section he said. In the meantime, Metrorail is fixing the Netreg section of the central line at a cost of R100-million to get it up and running with proper signalling by July 2019. The resignalling of the Simon's Town line is almost complete. Walker added that the government would spend R172-billion over the next 10 years to improve the rail system. About R3-billion in new rolling stock is expected to be delivered to Metrorail in 2020 and R1.9-billion is earmarked for the resignalling programme to replace the remains of the current "antiquated" system. He also lauded the arrest of more than 100 people since the beginning of the year on charges that include stealing cables, buying stolen cable and the possession of stolen Metrorail equipment. "We need to see this as a very serious crime that requires priority," he said.