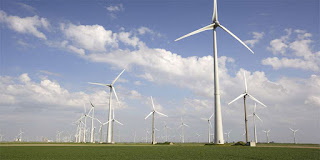 The wind energy subsector is set to receive a boost after the Treasury proposed to exempt equipment and materials for its development and generation from value-added tax. Previously only solar power equipment and materials were included in the provision – Exempt Supplies section of the VAT Act 2013. The new provision is a boost to clean energy agenda and the environment. “Specialised equipment for the development and generation of solar and wind energy, including deep cycle batteries, which use or store solar power,” the new proposed provision reads. The proposal will likely speed up the implementation of several projects in the wind energy sector. One of them is a project in Lamu where Kenwind Ltd has been allowed to proceed with a Sh21 billion wind energy investment in Baharini Ward, Mpeketoni, Lamu. The long-delayed Turkana Wind Power project is expected later this year, with generation projected to reach 300 megawatts. Once the power gets into the national grid for distribution, it will be a major relief to consumers who have endured high tariffs in the recent past. Donors have also ramped up financing for clean energy projects including wind-powered ones. The World Bank has approved Sh18 billion to Kenya Electricity Generating Company in a risk guarantee to allow the firm attract long-term financing for its renewable energy projects, especially in wind and geothermal sources.