The investment case for renewable energy for residential, commercial and industrial use 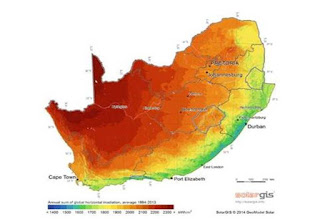 by Justin Schmidt, Head of Renewable Energy Africa Absa Retail and Business Banking There has been a strong investment case for renewable energy worldwide for a number of years now, and this case has significantly gained momentum in the last two years. South Africa too has indicated a robust appetite for the uptake of renewable energy, not just at a macro, but also at a residential, commercial and industrial level. Much of the initial demand was driven by heightened interest following the widespread load shedding that was experienced across the country in 2008, and continues due to the sharp increases in electricity tariffs. Consumers and businesses alike began to search for ways to become more energy independent in order to mitigate the risks of being caught without electricity and initiate cost-cutting measures by hedging their electricity costs. While the actual solution, and costs thereof, may differ somewhat between households and businesses – be they small, medium or large – the underlying motivation remains the same: being the ‘energy efficiency journey’, an energy journey that has the additional benefit of cutting down on the environmental footprint. Solar, in particular, has taken off as a viable and affordable way of delivering power both to households and enterprises. This is due to the abundant sunshine that Southern Africa receives: it has one of the highest solar radiation rates in the world, making investment into this form of energy a logical proposition and one that is not dependent on subsidies. Within the solar landscape, there are a variety of options available and certain trends have emerged in the residential and commercial markets. Solar water heating is a popular option for households for its relative affordability and quick payback period, and it has seen bigger uptake than Solar PV residentially. Solar PV though is a growth area commercially, particularly for shopping centres, manufacturers, wholesalers and the agricultural industry. There has been much interest and uptake around renewable energy from businesses in a variety of sectors. As a bank, we have approved funding for a number of dynamic deals in the past few months including pack-houses, meat wholesalers, and pig farmers. . While businesses tend to look at investment indicators such as Break Even, Internal Rate of Return and Net Present Value, they often take a view on their energy costs against the cost of loan repayments. If funding is structured correctly, customers have not only seen their Solar PV production in cost parity with the electricity they’re offsetting, but also realise a cash flow neutral position by borrowing to fund this investment. This investment case is further supported by the fact that installations of less than 1 megawatt (MW) can be depreciated in one year for tax purposes. This is only one of many examples of a Solar PV installation that is responding to energy demands and moving businesses – and individuals – from utility to own production. Growth of these renewable energy solutions will undoubtedly spur on industries across Southern Africa and the continent. The SSEG (Small Scale Embedded Generation - < 1 Megawatt installations) are now required to register their installations but do not need a license following schedule 2 of the Electricity Regulation Act being gazetted last year. We have seen greater interest from our customers in Solar PV which is being driven by a strong investment case. As this move by household and businesses continues to ramp up in South Africa, we will see the implementation of more innovative and seamless solutions that enable households and businesses to unlock the potential of cleaner energy. As such, banks and financial services providers across the continent ultimately need to focus on building value propositions that allow their customers to harness the prospects that renewable energy provides by making household and business operations more cost-effective and energy efficient.