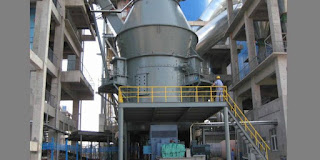 The Kenyan government has partnered with the private sector to construct a new clinker facility in Athi River and a bulk grain handler in Embakasi at a cost of Sh Sh 15 Billion ($150 million). According to transport cabinet secretary James Macharia, the two projects will each produce four million tonnes and construction will begin in September this year. Construction of the projects will take nearly three years before completion. The clinker plant is expected to manufacture 1.2 million metric tonnes each year and to employ 700 people directly and thousands of people indirectly. This is in line with the government’s plan to increase employment opportunities through the improvement of the manufacturing sector. The projects will reduce pressure on the $228 million inland container depot (ICD) in Embakasi which President Uhuru launched the depot in December 2017. The Embakasi ICD has a capacity of 450,000 twenty-foot equivalent units (TEUs) each year up from 180,000 TEUs in its original design. Currently, the depot gets four trains every day each carrying 108 containers. The National Cement Company Limited invested $280 million earlier this year to construct a clinker facility in Kajiado County.