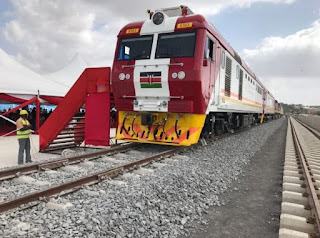 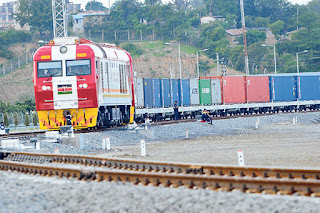 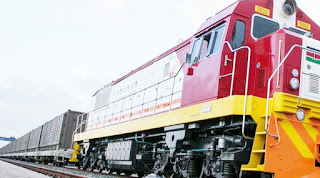 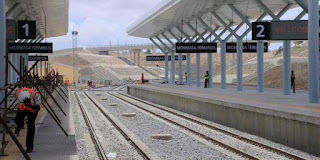 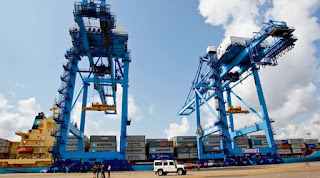 The standard gauge railway (SGR) is set to extend its line deeper to cover 10 berths at the Mombasa port. This is according to Chinese contractor China Road and Bridge Corporation (CRBC). The expansion move is aiming to facilitate easier movement of bulk and heavy goods such as clinker, steel, iron and cement into the SGR. The Kenya Ports Authority has been offloading goods through cranes once they land at various berths at the Port of Mombasa and later transporting them through trucks to the SGR line. According to Transport Cabinet Secretary, James Macharia, the process are underway to extend the SGR to cover berth No 1 to berth No 10. “We are extending the railway line along the 10 berths so that as ships arrive, you can have the cargo coming straight from the ship into the SGR train,” said the CS. About 40% of the Mombasa port’s yard cargo will be assigned to CRBC, a move which may edge out trucks out of the lucrative container business. Unlike the defunct Rift Valley Railways which used to charge between US $6,663 and US $1,442 per 20-foot container depending on the weight, CRBC is expected to ask for a uniform promotional charge of US $497.3 per container. Feasibility studies have been undertaken, which is part of the initial contract signed by the company to extend the railway line between Mombasa and Nairobi. The extension project is called the first mile connectivity which will take about six months to complete. The China Road and Bridge Corporation, also constructed the 472-km Nairobi-Mombasa line. The company is currently constructing phase 2A of the 120km Nairobi Naivasha line that is estimated to cost US $1.5bn. Phase 2A of the SGR project will follow by phase 2B. The project will extend the SGR to Kisumu at an estimated cost of US $696.2m and financed by the Exim Bank of China.