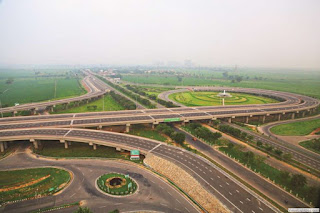 The construction of the Nairobi-Mombasa expressway is scheduled to kick off in July this year. The project is awarded to Bechtel, an American engineering contractor. On completion the project is expected to be of great benefit to the whole country at large. Plans for the region’s highway motorway are in final stages to pave way for actual construction work to start. The motorway measures about 473km. The project will cost US $3bn. The Nairobi-Mombasa expressway will reduce travel time between the two Kenyan cities by up to 50%. Bechtel top officials approximated the road project will generate nearly twice the money spent on the project over a period of 25 years. Kenya needs also public-private-partnership (PPP) approach on the road construction project, such that under this model, the firm will source for financing and build the road, then operate it for a number of years during which it will have toll gates to charge motorists for its use, Bechtel is inclined to the EPC model, advising that the alternative public private partnership (PPP) would cost five times more at US $15bn and it will take much time to complete. The Transport CS James Macharia during his appearance before the National Assembly Transport Committee, said the ministry is yet to settle on a model of financing the road, however, we would prefer a public-private-partnership. Plans for the Nairobi-Mombasa highway came shortly after Kenya unveiled the Standard Gauge railway line aimed at decongesting the busy road. Furthermore, the East African country hopes that the mega infrastructure projects currently ongoing will help open up the country and boost trade. The Bechtel opened a regional Africa office in Nairobi last year as a commitment of supporting Africa’s economic growth.