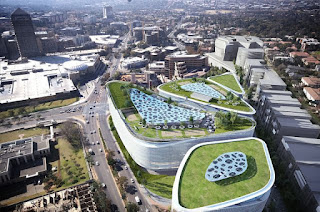 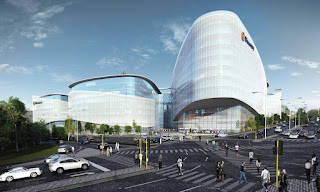 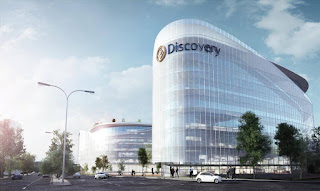 As at now, the new discovery corporate head office in Sandton, Johannesburg is the largest commercial development office in Africa. Generally, it is about 87000 square metre built with an aim to reduce congestion. The new discovery is rated as a green building and just like any other green building whose major function is to enable businesses flourish, the new discovery has also encouraged conducive working environment and reduced utility cost with affordable alternative options. The new discovery corporate head office has taken a considerable amount of time of approximately 3 to 4 years to be where it is. This commercial development stands at a prime location good enough to qualify a five green building rating. In regard to this, it is entirely within a busy transport system such as Rea Vaya Bus Rapid Transit System while for the property that existed within were demolished in an appropriate manner. Amongst the features that make the new discovery corporate head office relevant in appearance and existence is the natural lighting that has been put up as well as the recycling features ensuring a well maintained environment. In respect to a survey done by the South African Property Owners Association (SAPOA), it indicated an increased degree of expansion within Sandton in terms of office vacancies, market and supplies. The new discovery has been one of the contributing factor towards this drastic change. Discovery’s new corporate offices had a major aim of seeing into it that it accommodates possible future changes without interfering with time, space as well as money. It was seen as a brilliant idea too to see that all Discovery’s employees work within the same building with each one of them having a convenient working space and hence the goal of seeing over 5000 employees shift to the Sandton office. Moreover, it cannot go without stating that the new discovery corporate head office is entirely a business joint venture between two well-known property developers namely Growthpoint and Zenprop. Both having 55% and 45% ownership respectively as their rental property and discovery on the other hand offering leasing space for a longer and considerable period.