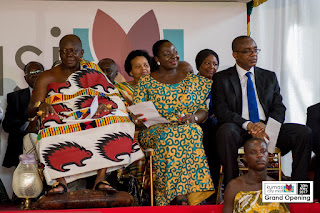 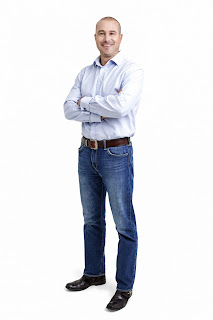 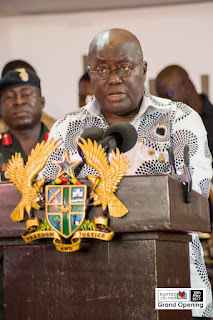 The USD95 million Kumasi City Mall developed by leading South African property development and investment company Atterbury has opened to become Atterbury’s fourth retail development in Ghana. Atterbury’s other successful developments in the country are all in Ghana’s capital, Accra and include Accra Mall, West Hills Mall, and Achimota Retail Centre. Atterbury developed Kumasi City Mall for its owners, Delico Kumasi Limited and AttAfrica has been appointed as the Asset Manager, responsible for its day-to-day running and operations. Kumasi City Mall is the first and only mall in the entire northern sector of the country. It took 24 months to deliver the completed development to the city of Kumasi, the Ashanti region, capital Ghana’s second largest metropolitan centre after Accra. Kumasi is acknowledged as the hub of Ghanaian tradition and culture. Now, the world-class 18,500sqm modern Kumasi City Mall has given the city its first one-stop shopping and entertainment environment under one roof. It is built on a total land area of over 15 acres and has the potential to expand up to 28,000sqm. On its first day of trade, 20 April 2017, Kumasi City Mall recorded an unprecedented 60,000 shoppers. Then, on the mall’s first trading public holiday, 1 May 2017, 75,000 shoppers came out to experience the new centre’s shopping and entertainment offerings. The mall’s opening was officially celebrated with a colourful launch ceremony on Wednesday, 10 May 2017, under the joint patronage of the President of Ghana, Nana Addo Dankwa Akufo-Addo and the Ashanti monarch, Otumfuo Osei Tutu II. The event was the culmination of a three-week long itinerary of celebrations marking the completion and handover of the shopping centre to the people of Kumasi. Its food court was dedicated to the late Queenmother of Ashanti and mother of King Osei Tutu II – Nana Afia Serwaa Kobi Ampem II. With its contemporary design, it is enclosed at two ends where the two anchor tenants – Shoprite and Game - are housed and has a semi-enclosed Food Court at its heart. The mall’s retail mix comprises a strong representation of local Ghanaian brands and includes grocery and foodstuff, beauty and fashion, electronics, banking, telecommunications, restaurants and eateries, a night club and children’s entertainment. Kumasi City Mall is seen as a key future market for locally produced goods and a business opportunity for Ghanaian entrepreneurs. Hopes are that more and more products from the Ashanti region and Ghana will be available on retailers’ shelves as the mall and its shops become more established. The mall benefits from a superb central location with visibility and accessibility, off the eastern bypass of the city’s main ring road. Kumasi City Mall is nestled between the Lake Road dual carriageway, the Hudson Road, the Yaa Asantewa Road and the Kofi Adomako street. The mall also has 1,200 parking bays including what is believed to be the biggest basement parking facility in the country. Commenting on the Kumasi City Mall development, Cobus van Heerden of Atterbury says: “We are optimistic about Ghana and Kumasi City Mall, notwithstanding the challenging economic climate of West Africa. There’s a growing positive feeling about Ghana in the market, and with its new president, there is also a renewed confidence and positive sentiment about the country. Kumasi City Mall is perfectly timed for this upsurge in confidence.” Hannatjie Ludick, Asset Manager for AttAfrica, responsible for the running of the mall, observed that: “Kumasi City Mall, like its Accra counterparts, is not without its challenges; strategically securing the right retailers has been a big focus for us and leasing decisions are made with the future sustainability of the retailers and the mall in mind. A project such as Kumasi City Mall deserves a very meticulous approach. This mall is destined for success and we expect strong trading conditions to follow within the first six months of opening.”